Anode retrofit for the foundation template of a TLWP in Green Canyon, Gulf of Mexico 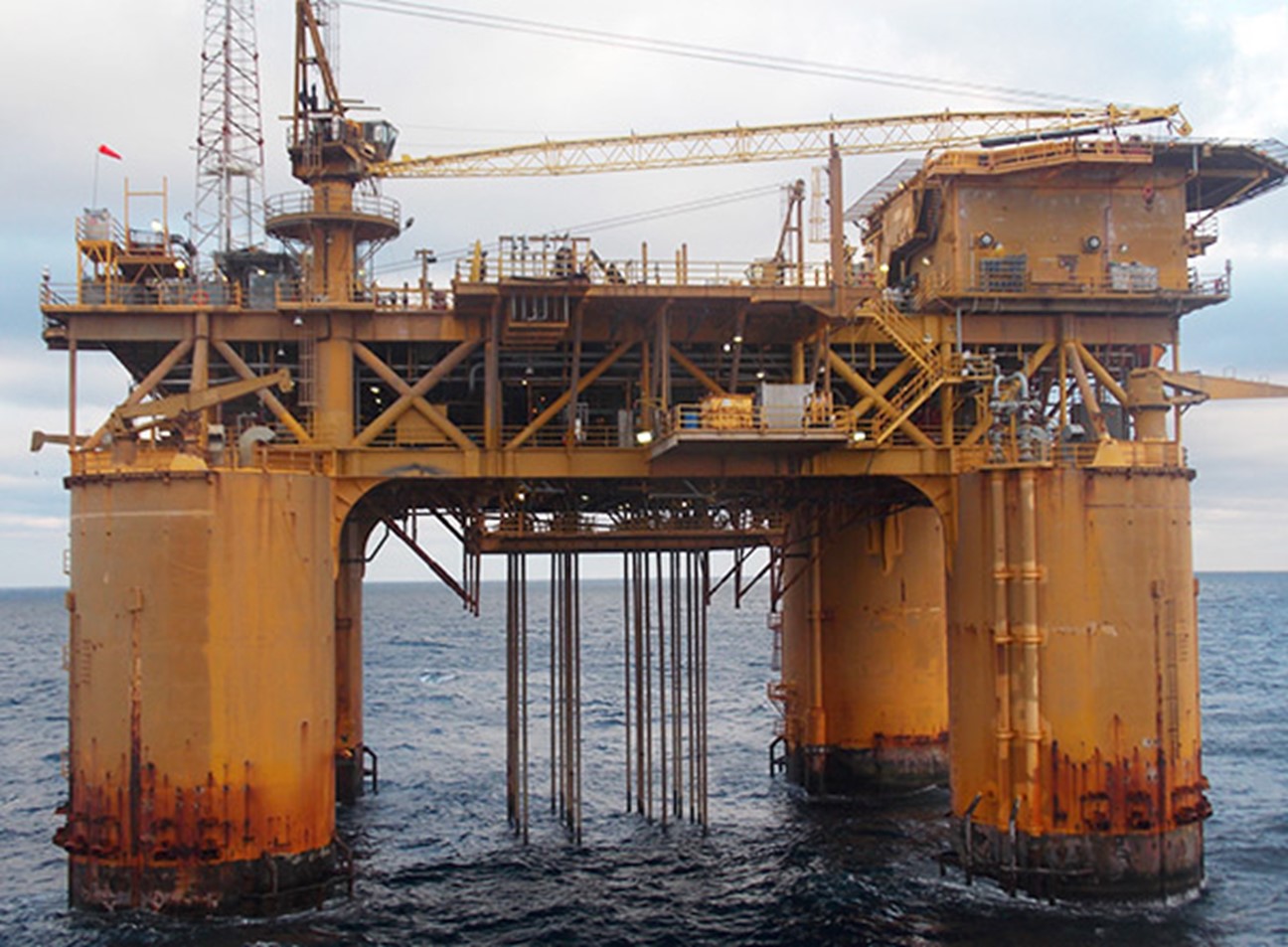 Deepwater Corrosion Services was contracted to extend the life of the cathodic protection (CP) system for a tension leg well platform in approximately 1,767 feet of seawater in the Green Canyon area of the Gulf of Mexico. A total of 19 RetroPods with RetroClamps were installed around the base of the TLWP foundation template. 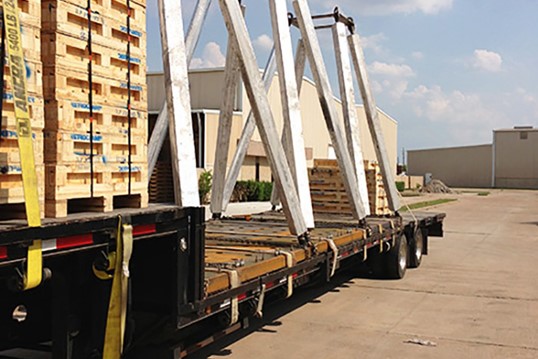 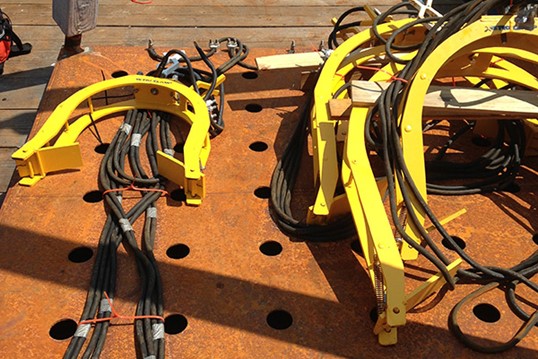 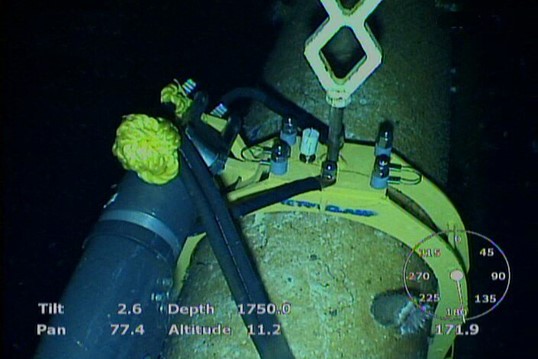 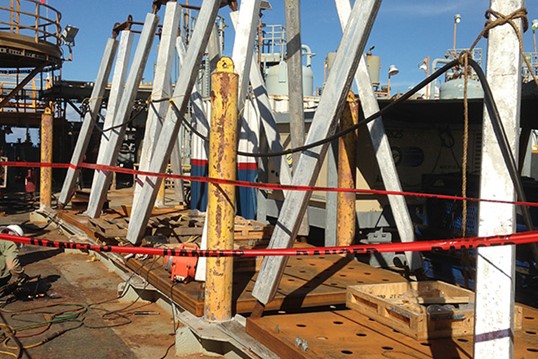 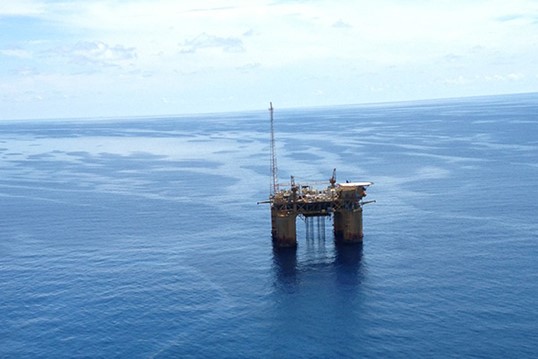 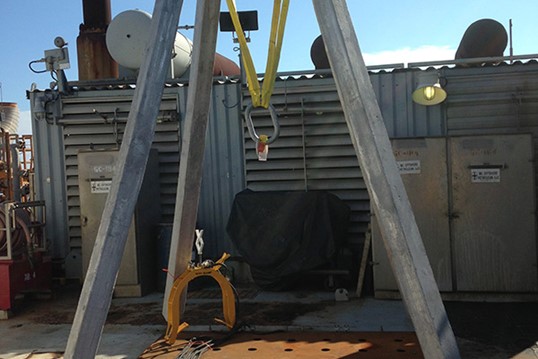 ROVs helped guide each RetroPod into its designated position and installed 18” RetroClamps onto the structure. The four jumpers were each installed by lowering the larger clamp, which was attached to the smaller

clamp with a strain-relief rope, to a depth of 1,700 feet. The ROV mounted the smaller RetroClamp first, released the larger clamp from the hoist and installed the clamp on its designated member. In addition to the first four jumpers, four more were added between the foundation template and the well pods to ensure electrical continuity. A post-retrofit CP survey of the structures showed that all readings were above the protection threshold, and the estimated life of the CP system had been increased by ten years.

The TLWP will be protected for another ten years.

RetroPod is released from hoist.