The operator of a 20” pipeline near Grand Isle, LA, needed to install a CP test station in an area that was covered by an estimated 2’ of water and 8.7’ of mud cover. Deepwater had designed and tested the Pipeline Excavation Tool (PET™) to quickly remove enough mud cover to allow attachment of a RetroClamp™ from topside without requiring any divers. This would be the first time the PET™ would be deployed in the field, and the operator was keen to utilize the new technology.

The PET™ is designed to be lowered onto the pipeline from a work boat with two 150 psi pumps used to liquify the mud cover and an evacuation pump to remove the mud slurry. The clamp, with leads attached, is then lowered through the interior of the PET™ onto the pipe and a reach rod is used to tighten the contact screw that provides the electrical connection.

In this case, a land-based crane was used because the area needing excavation was adjacent to a roadway. As this was a protected wildlife area, silt fences needed to be placed around the work site.

The exact thickness of the mud cover was unknown but didn’t turn out to be an issue. However, the unknown thickness of the mastic coating – possibly dating back to the 1950s – made it too difficult to make contact using a CP probe before installing the clamp.

Most of the day was spent waiting for the crane to arrive and then setting up the pumps and other equipment.

The time spent uncovering the pipe and installing the clamp was a little over two hours, including the time spent attempting to make contact with the probe.

The RetroClamp™ was deployed with dual #6AWG cables attached which were buried in the mud and covered with bags of concrete deployed from an airboat. The cables were brought to a test station at the side of the road installed by the operator’s technicians, who were able to confirm good electrical contact with the pipeline.

Even with delays and unknowns, the entire operation took just one (very long) day.

END_OF_DOCUMENT_TOKEN_TO_BE_REPLACED 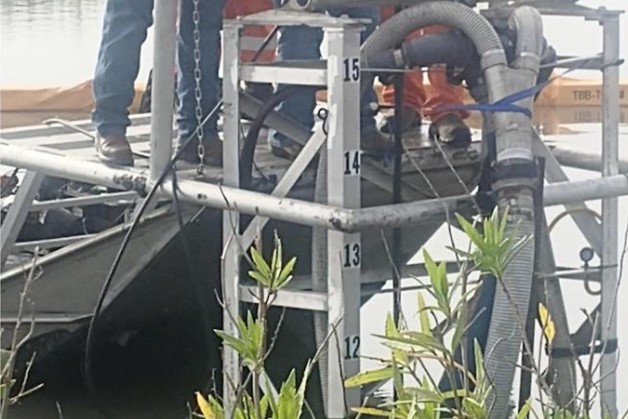 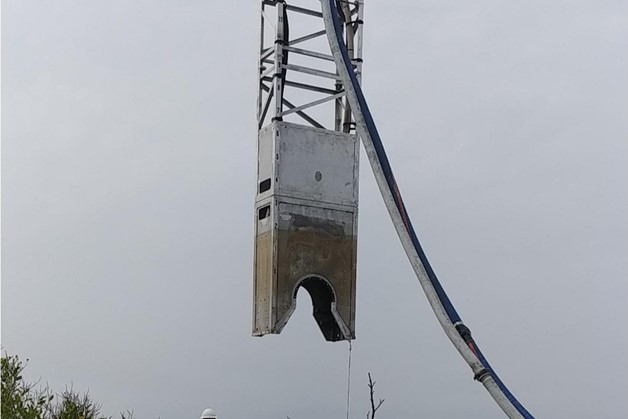 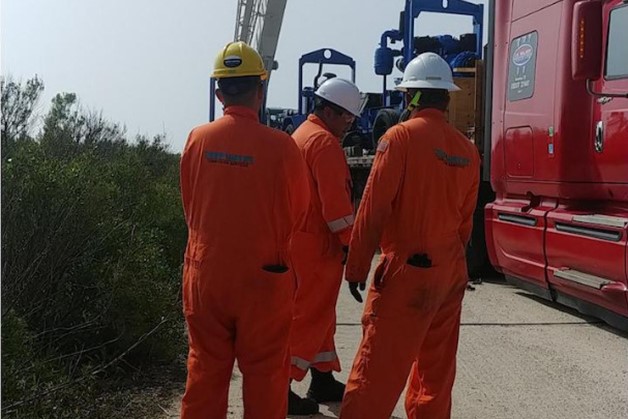 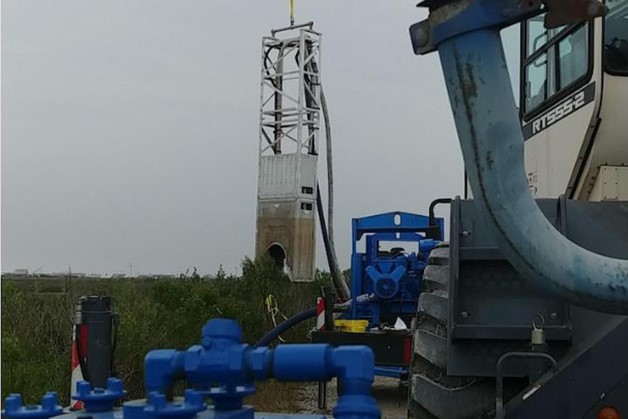